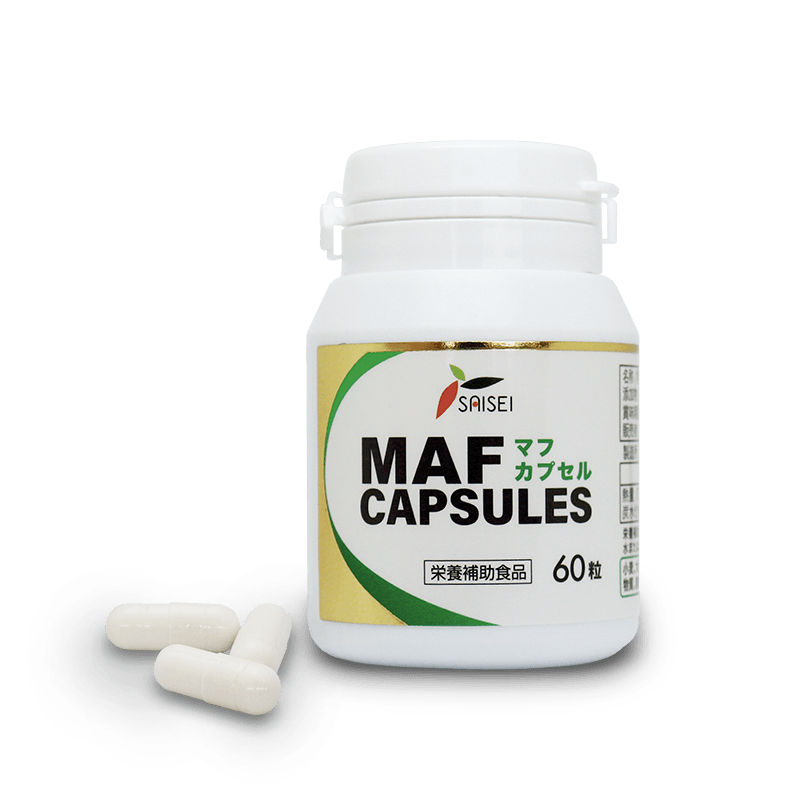 MAF Series are a food which helps boost the immune system.

What is Oral MAF?

What is Oral MAF??

The research on cow colostrum has been proceeding. Here are some reports about the effectiveness on the human body.

Colostrum and anti-aging on the immune system

Immune system is a system to keep your body healthy. It protects you from bacteria and viruses, and also it can get rid of cancer cells. However, the biological function and physical performance reach their peak from the 20s of age, waning in half in the 40s. As the immune system weakens with age, it becomes easier to get sick. So it is important to keep boosting your immune system and keep it young so that you can lead a good long life.

Macrophages function as NK cells which engulfs and digests cancer cells, viruses and microbes. It is produced by the differentiation of monocytes in tissue which account for 5 percentage in the white blood cells. This is an amoeboid cell and plays an important role in engulfing and digesting cellular debris, foreign substances, microbes and cancer cells. It used to be thought that there were two kinds of differentiations; macrophages that encourage inflammation called M1 macrophages and macrophages that decrease and encourage tissue repair called M2 macrophages.

This is the process of how the activated macrophages destroy the cancer cells.

Once the macrophages take in the antigen, it releases cytokines and activates a specific T cell. It fragments foreign substances that the macrophages have taken in and decomposed, and combines them with MHC-Ⅱ in the cells and presents them on the surface of the cell. This is called antigen presentation by the macrophages. 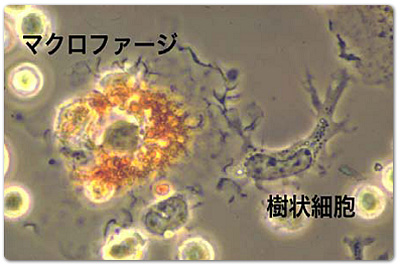 According to the animal experiments, it is identified that GcMAF has antiangiogenic effect of the cancer. 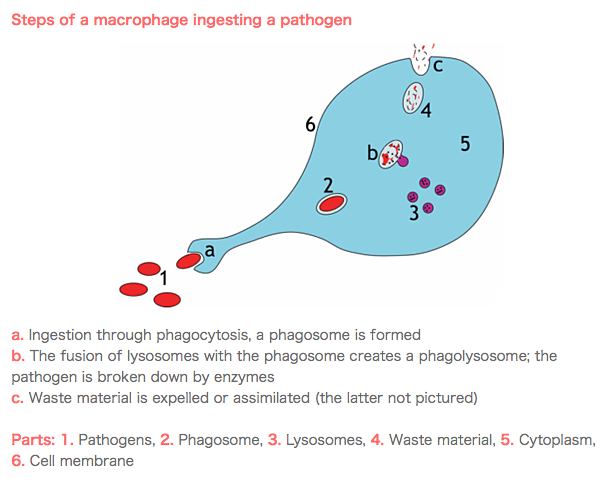 The activated T helper cells activate the macrophages by producing the cytokines such as interleukin and lymphokine as well as activate B cells which recognize the same antigen. The activated B cells differentiate into the antibody producing cells and increase, and then produce the antibody against the antigen, and then release them. And the antibody combines specifically with the antigen, and then engulfs the complex. The virus and microbes can be engulfed efficiently for the macrophages. Meanwhile T cells help activating macrophages, increasing and differentiating B cells by releasing lymphokine. Therefore, the macrophage activating treatment is a treatment that makes the most of the immune system that each person originally has. Furthermore, it can be said that this is the treatment which combines both NK cell treatment and Dendritic cell treatment.

The researchers who have been developing GcMAF

These are the photos of Dr Yamamoto, who developed first generation GcMAF, and Dr Hitoshi Hori and Dr Yoshihiro Uto from Tokushima University, the center of the GcMAF development in Japan for the last 20 years.

The history of GcMaf development

The subtype depending on the difference of GcMaf sugar chain 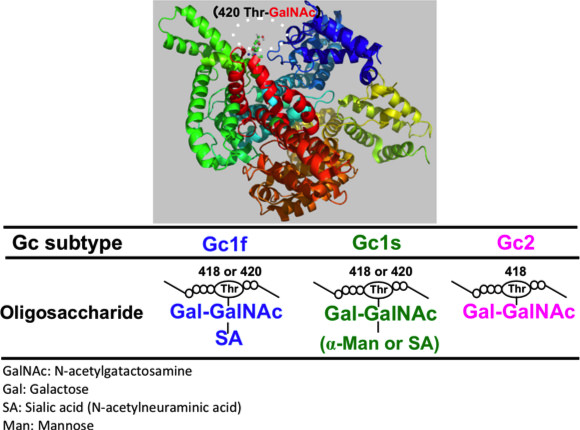 There are three genotypes such as Gc1f, Gc1s and Gc2 in Gc Subtype. There become six types in total because two dimers as homo and hetero are combined as phenotype. That is Gc1f1f, G1s1s, Gc22, Gc1f1s, Gc1f2 and Gc1s2.

Transformation of Gc Protein into GcMAF

GcProtein is transformed into GcMaf in response to sugar chain cut of activated β-galactosidase from activated B cells and Sialidase from T cells.

This is the tests used by mice. The group treated with the first generation GcMAF shows the strong tumor inhibitory effect compared to the one not treated. The tumor didn’t get big.

Component comparison in colostrum and serum

They are similar. The first few hour colostrum after giving birth is particularly similar to serum. It is said that red colored milk is produced at first after a cow gave a birth. But after 24 hours, the component has been changed a lot and it becomes regular milk.

GALT, or Gut associated lymphoid tissue, is said to be the biggest macrophage pool in the body. And it is known that plenty of macrophages exist in the Peyer’s patch. Colostrum MAF aims to activate these macrophages directly. Professor Uto, Tokushima University, has started the basic experiment of colostrum MAF and GALT. And we are looking forward to the results.

Taking sublingually, by nebulizer, by capsule, or by suppository are considered. It is thought that it should be more effective to stimulate directly the lymphatic system near the lesioned part. A clinic in Switzerland has been using the ultrasonic nebulizer to take GcMAF produced by the serum. But then we think that it will be needed to experiment to make sure if the structure of the GcMAF will not be changed by the ultrasonic nebulizer.

You can buy these products via below link, 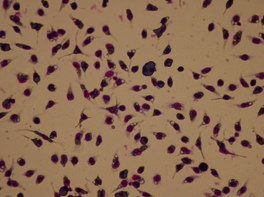 Macrophage phagocytic activity is being tested. This test is the most important test to see the function of the macrophages.

Consume with water: 1 capsule daily on an empty stomach (30 minutes before food or 2 hours after). 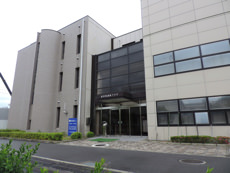 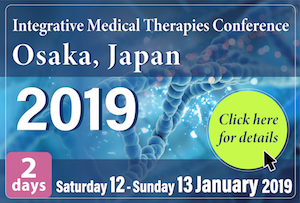