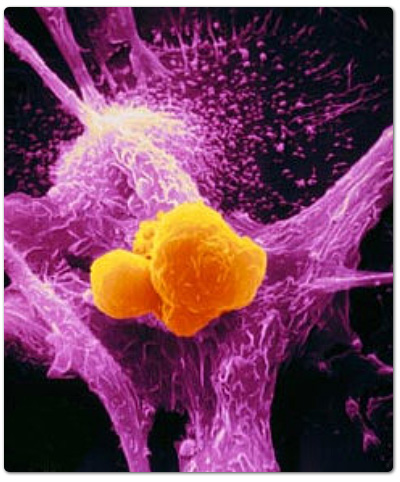 GcMAF treatment is a highly effective macrophage activating therapy, used to stimulate the immune system and activate macrophages so that they can destroy cancer cells and other abnormal cells in the body.

GcMAF immunotherapy: It's all about activating macrophages to do their work

GcMAF (Gc Protein derived Macrophage Activating Factor) occurs naturally in our bodies and activates macrophages to destroy cancerous cells and foreign invaders such as bacteria and viruses. Serious illnesses like cancer, HIV and viral hepatitis destroy GcMAF and so neutralizes our immune system to defend itself. This allows the disease to progress uncontrolled.

We use a small sample of serum from healthy human people to produce large amounts of new second generation GcMAF in our specialized sterile laboratory called a Cell Processing Center (CPC). This highly active Second Generation Gc-MAF is injected intramuscularly (IM) or subcutaneously (SC) into the patient usually twice weekly, and in some cases 7 times weekly. Over a matter of weeks and months the immune system becomes strengthened through the activation of macrophages, and begins to eradicate cancer cells, viruses and bacteria. In addition to GcMAF injections, another form of GcMAF manufactured from high quality colostrum can be administered orally in the gut and sublingually in the mouth to activate macrophages in the lymphoid tissue.

General goals of GcMAF therapy are to:

Our principle of treatment is, first do no harm.

Second generation Gc-MAF is produced using a new Patented process which was developed here in Japan by Saisei Mirai in collaboration with researchers from the University of Tokushima who have been studying GcMAF for over 20 years. Our GcMAF is made in our sterile cell processing facility using this new and improved 2nd generation method which is 10-15 times more concentrated and is more active and stable than other GcMAF that is currently available. Importantly, this much higher concentration GcMAF has been clinically demonstrated to be largely free of any side effects in the great majority of patients and is much more stable because it is resistant to oxidation. Only low grade fever or eczema have been observed in about 1 out of 100 patients using GcMAF, but these were short-term effects. 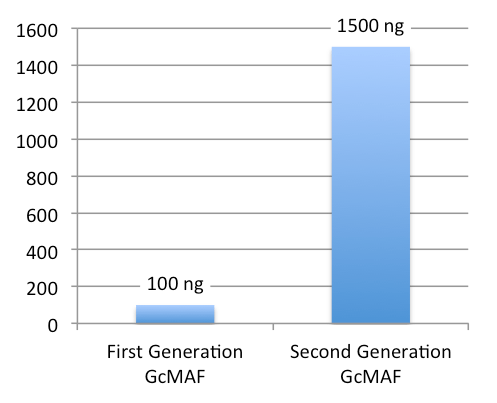 How is our second generation GcMAF made?

Second generation GcMAF is manufactured in our own sterile Saisei Mirai Cell Processing Center (CPC) from serum of healthy people which is carefully screened and the final product sterile filtered to ensure safety. See Tests of our GcMAF below for more details.

How is our second generation GcMAF tested for activity?

Our second generation GcMAF is tested for macrophage phagocytic activity using mouse macrophages and sheep red blood cells at the University of Tokushima. The red blood cells are opsonized which marks them for ingestion and destruction by activated macrophages, seen as purple areas in the clear cells. From this we calculate the Phagocytosis (ingestion) Index (PI). 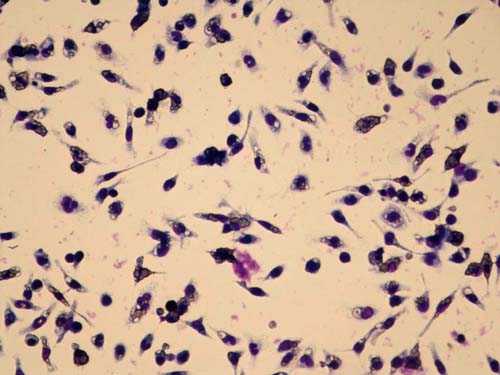 Macrophages (Greek: big eaters) are cells produced by the differentiation of monocytes, a type of white blood cell, in tissues. Macrophages function in both non-specific defense (innate immunity) as well as help initiate specific defense mechanisms (adaptive immunity) of vertebrate animals. Their role is to phagocytose (engulf and then digest) cellular debris and pathogens, either as stationary or as mobile cells. They also stimulate lymphocytes and other immune cells to respond to pathogens. They are specialized phagocytic cells that attack foreign substances, infectious microbes and cancer cells through destruction and ingestion.

Steps of a macrophage ingesting a pathogen

a. Ingestion through phagocytosis, a phagosome is formed
b. The fusion of lysosomes with the phagosome creates a phagolysosome; the pathogen is broken down by enzymes
c. Waste material is expelled or assimilated (the latter not pictured)

Vitamin D binding protein is also known as Gc Protein. It is produced in our body, mainly in the liver, especially when we are exposed to the sun. This binding protein binds to 25 (OH) vitamin D in our body for transport and storage. There are different forms of Vitamin D BP, the most dominant being non-glycosylated 656 Da proteins. Vitamin DBP is the most important scavenger of extracellular G-actin, important in liver disease. Vitamin DBP activates macrophages through GaINAc- modified Gc Protein. Vitamin DBP has virtually no impact on the distribution, uptake, activation profile, or biological potency of the hormone vitamin D in our body, so too much is unlikely to be a problem. Vitamin D binding protein is the basic macrophage activating factor in our body.

What is macrophage activation factor?

NaGaLase is an enzyme produced in trace amounts in normal healthy liver cells.

What harm can NaGaLase do?

Alpha-N-acetylgalactosaminidase (alpha-NaGaLase) is produced in large amounts by cancer cells. alpha-NaGaLase deglycosylates the trisaccharide of Gc Protein at step prior to the final isoform of MAF. alpha-NaGaLase from tumors induces an immunosuppressive state that allows the cancer to spread and eventually results in death by infection.

What good can NaGaLase do?

Endo-alpha-N-acetylgalactosaminidase is produced in small amounts by probiotic bifodobacterium. NaGaLase produced in the intestine by our probiotics serves a role in breaking down mucin glycoproteins in our food.

Where else is NaGaLase found?

In combination with other treatments

GcMAF can be safely used with a wide variety of other standard treatments and drugs to improve their effect. We refer to this as integrative medicine.

Gc-MAF can be safely used with a wide variety of drugs and other treatments however we recommend:

Macrophage activation is always necessary for the effective functioning of the immune system. Gc-MAF therapy should continue while there is disease present and for a period after to reduce the chance of recurrence.

We use special packaging and cooling packs to keep the temperature of the vials stable. Gc-MAF is strong enough at room temperature to maintain a high level of activity for the days in transit. See Tests of our GcMAF and Research and references below for more details. The GcMAF is expected to reach you in excellent condition with no loss in activity. We ship fresh Gc-MAF as a liquid. After arrival the vials containing GcMAF should be stored refrigerated to maintain maximum activity for multi-dose use.

Please refer to our Tests of Second Generation GcMAF page for detailed information.

Gc-MAF is made in our state of the art sterile cell processing facility using a new and improved 2nd generation method which contains 10-20 times more GcMAF and is more active and stable than other GcMAF that is currently available. To ensure the highest level of quality and safety, our GcMAF is carefully tested and screened. All GcMAF is sterile filtered using a 0.22 micron filtration system and tested for endotoxins before it leaves the laboratory.

Our screening process includes the following:

Activity experiments conducted by researchers at the University of Tokushima. These test results apply only to our 2nd generation GcMAF.

GcMAF activity levels in a variety of conditions:

Please refer to our Research and references page for detailed information.