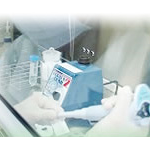 The autologous cancer vaccine is derived from tissue fragments from the patient’s own cancer (tumor) and immunoadjuvants.

It is a new and innovative cancer vaccine consisting of formalin-fixed or paraffin-embedded tissue fragments derived from patient’s own cancer (tumor) and immunoadjuvants. It is one of the self-vaccines (auto-vaccine or autologous cancer vaccine) without any problematic adverse side effects.

AFTVac is ultimately a “personalized” drug against cancer.

AFTVac is injected into the patient from whom the cancerous tissue has been surgically resected.

AFTVac contains all the unknown cancer-associated antigens unique to that specific patient. The immune cells in that patient will discriminate between the cancer cells and the normal cells after AFTVac injection (once every two weeks for a total of 3 injections on an out-patient basis).

The vaccine has the potential to suppress recurrence, prevent metastasis and treat the residual cancer cells of many types of human cancers after surgical resection.

In contrast, antigen pre-loaded dendritic cells may theoretically be promising vaccines11 although the formulation of this vaccine requires complex bench procedures including live cell handling. If one is concerned about usage and acceptability as a treatment in clinical practice, simplicity in administration technique as well as in preparation such as bed-side handling of the vaccine should be key factors. In this respect, DNA vaccines are simple but, unfortunately, occasionally fail to provide sufficient amounts of antigens.14

After administering the tumor vaccine, scientists expect in vivo induction of cytotoxic T lymphocytes (CTL) which recognize and kill the targeted tumor cells in a very specific manner. It has been confirmed and accepted that CTL are far more cytotoxic than lymphokine-activated killer (LAK) cells against cancers.15-24

In animal models, many laboratories have shown that CTL are the major effector cells to suppress cancerous tissue formation challenged with transplantable tumor cell lines and their metastasis and to cure the established tumors.

We, as well as others, have confirmed the effectiveness of in vitro induced autologous CTL in patients harboring recurrent malignant gliomas.25 Also, we found that freshly extirpated and minced brain tumor tissues could be useful targets for induction of autologous CTL from the peripheral blood mononuclear cells (PBMC).26

Furthermore, it was indicated that formalin-fixed paraffin-embedded tumor sections were applicable as the source of tumor antigens,27, 28 and fixed cultured cancer cells could stimulate the expansion of autologous CTL.29 It also has been reported that human CTL can be generated on the fixed adherent blood cells previously loaded with a tumor antigen.30, 31

Concerning the impact in clinical practice, simplicity in preparation and bedside handling of the cancer vaccine is an important factor. In this respect, vaccines including live cells in the formulation are disadvantageous because of the complicated preparation techniques.

AFTVac has been invented as a novel, simple, stable, and clinically effective autologous tumor vaccine based on these scientific knowledge.

We collaborate with Cell-Medicine, Inc. in the production of this autologous cancer vaccine.

Autologous cancer vaccine therapy is only available to patients within Japan.

Currently, GcMAF is the only immunotherapy available to patients outside Japan.